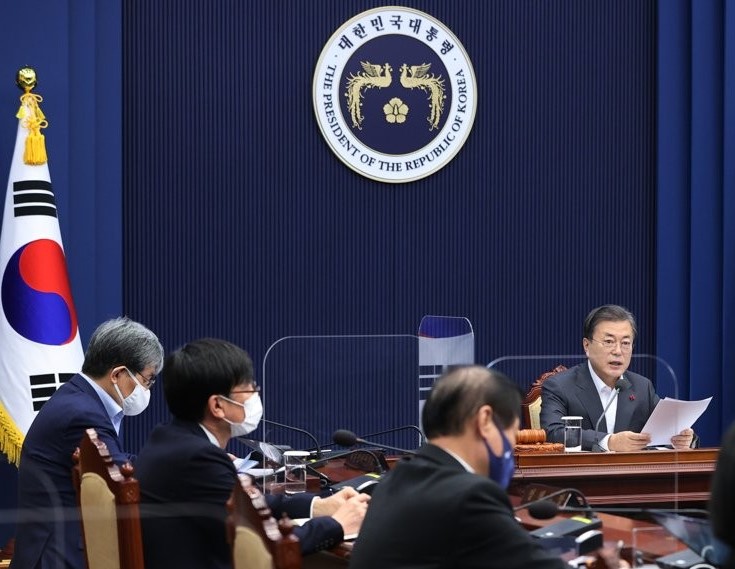 The Cabinet on Tuesday approved the promulgation of three key reform bills in the Moon Jae-in administration, including revisions to one on setting up the powerful Corruption Investigation Office for High-Ranking Officials(CIO).

The revision bill, which passed the National Assembly last Thursday, aims to incapacitate the opposition's veto power on a panel tasked with recommending candidates to head the CIO. Candidates now only need endorsement from five panelists out of seven rather than six.

The second bill involves adopting an autonomous regional police system and setting up a separate headquarters to oversee the agency's investigations.

The third consists of transferring the National Intelligence Service(NIS)'s anti-communism investigative power to the police.

The bills on the CIO and the NIS will immediately take effect after emergency approval from President Moon, followed by the one on the police next week. The process to recommend the CIO chief is set to begin as early as this week.
Share
Print
List