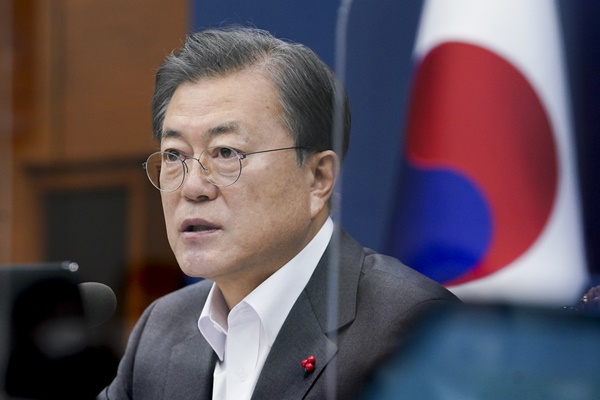 Presidential spokesperson Kang Min-seok said Tuesday that Moon again congratulated Biden on winning the election with the most votes in American history.

Moon also said he hopes to work closely with Biden on boosting the South Korea-U.S. alliance, advancing bilateral ties and establishing a nuclear-free Korean Peninsula and peace in the region.

The latest move comes after Biden's victory was affirmed earlier on Monday by the Electoral College when he surpassed 270 votes needed for the presidency earlier.
Share
Print
List