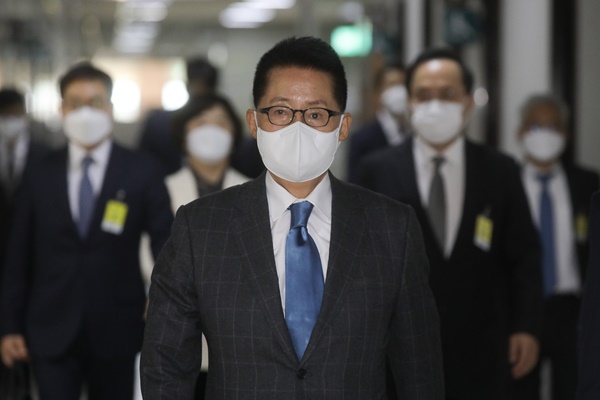 According to the NIS, Park invited Kim and other senior police officials to the spy agency’s headquarters on Tuesday and discussed follow-up measures to the parliamentary passage of the bill on the transfer on Sunday.

During the meeting, Park said every related investigation by his agency will be conducted jointly with the police from now on.

He said that the NIS will play an assistant role for the transfer until its planned completion three years later and will accept relevant demands from police as much as possible so the transfer will be rendered irreversible.

The NIS also said it will hold regular meetings with police to coordinate and discuss the matter.
Share
Print
List