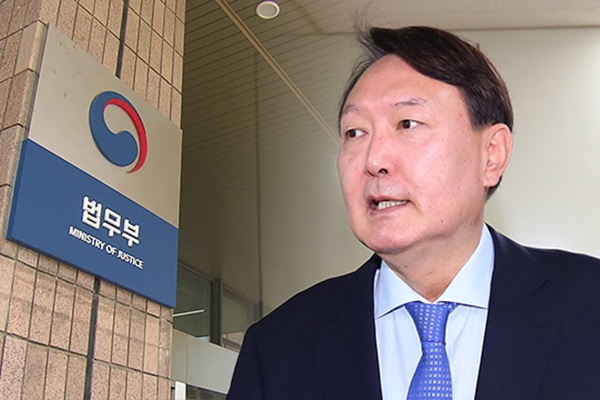 The Justice Ministry's disciplinary committee has decided to suspend Prosecutor General Yoon Seok-youl from duty for two months for his alleged misconduct.

The unprecedented move came at the end of a second hearing of the panel, which started at 10:30 a.m. Tuesday at the government complex in Gwacheon and ended at 4 a.m. Wednesday.

Yoon had been accused of six counts of ethical and legal misdeeds, and the disciplinary committee decided that he was responsible for four, including the illegal surveillance of judges and inappropriate words that harm the political neutrality of the prosecution.

Suspension is the third-heaviest penalty of the five-tier punishment system for a prosecutor, with dismissal the heaviest and reprimand the lightest. The panel's decision will be executed by President Moon Jae-in upon the recommendation of Justice Minister Choo Mi-ae.

The top prosecutor, who has denied all the allegations, skipped the hearing as he did in the first session last week.

Yoon's defense team asked for another day to prepare Yoon's final statement. When the panel rejected the request, the lawyers walked out in protest.

Yoon's lawyer, Lee Wan-kyu, told reporters that regardless of their efforts, the panel appeared to have already made up its mind on the case.
Share
Print
List