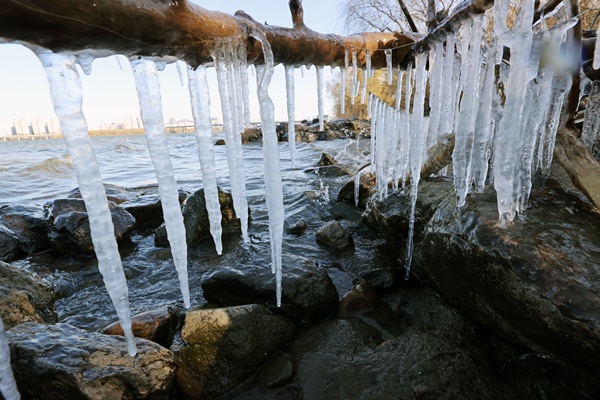 A severe cold snap gripped the nation on Wednesday, with cold wave advisories issued for inland areas of the central region.

According to the Korea Meteorological Administration, morning lows in Seoul plunged to minus eleven-point-two degrees Celsius and to minus 24-point-six degrees in Hongcheon, Gangwon Province.

Afternoon highs are also forecast to remain below zero across the nation, with strong winds likely to further pull down temperatures.

The cold wave is expected to continue for a while after letting up briefly on Friday.

Heavy snow advisories remain in place for Ulleung Island and the Dokdo islets in the East Sea, Jeju Island and western coastal areas, which received heavy snow on Tuesday.

Ulleung Island, Dokdo and mountain areas on Jeju Island are forecast to have five to 15 centimeters of more snow through Thursday morning.
Share
Print
List