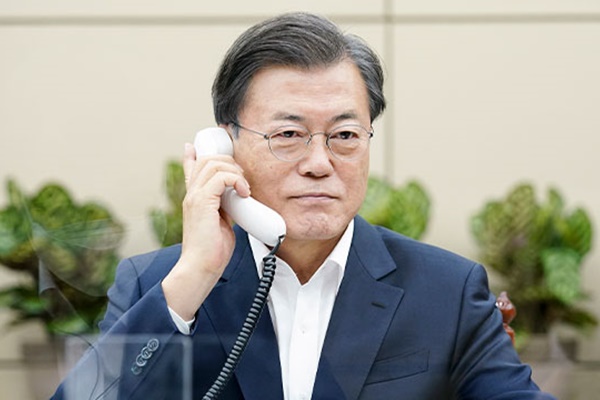 Britain has repeated its invitation to South Korea to join next year's Group of Seven(G7) summit as a guest nation.

According to Reuters and other foreign media outlets on Tuesday, the Office of British Prime Minister Boris Johnson said that he had extended the invitations, while announcing his upcoming trip to India next month.

During the trip, Johnson will reportedly meet with Indian Prime Minister Narendra Modi and invite India to join next year's G7 summit as a guest country.

According to Japan's Kyodo News, the Prime Minister's Office said in a statement that ahead of the trip, Johnson wrote to Modi to invite India as one of three guest nations alongside South Korea and Australia.

The office said the invitation delivers the prime minister's ambition to work with a group of like-minded democracies to advance shared interests and tackle common challenges.