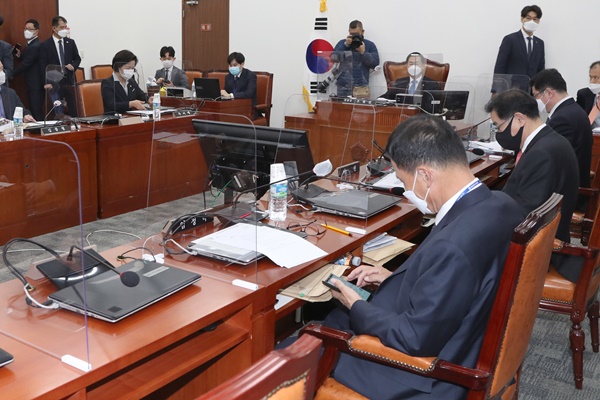 A panel tasked with recommending candidates for the chief of the powerful Corruption Investigation Office for High-ranking Officials(CIO) is set to resume deliberations this week.

According to a source close to the panel on Wednesday, its fifth session is scheduled to begin at 2:00 p.m. Friday, after revisions to the CIO law took effect the previous day.

The seven-member panel, including those representing the rival political parties, failed to finalize the required two candidates in the previous four rounds amid vetoes from the two opposition panelists.

The revisions effectively incapacitate the opposition's veto power, requiring five panelists to endorse a candidate, down from the previous six.

As part of the Moon Jae-in administration's prosecutorial reforms, the ruling Democratic Party(DP) is pushing to complete the parliamentary hearing of the final candidate within this year following the president's formal nomination.

The main opposition People Power Party(PPP), which strongly protests the ruling side's unilateral move, accused the administration of attempting to neutralize the prosecution and privatize the CIO by selecting a candidate it favors.
Share
Print
List