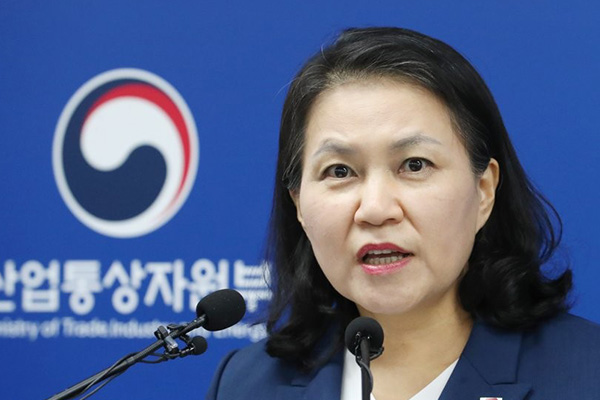 South Korea's Trade Minister Yoo Myung-hee vowed to continue a review of the country's membership to the Comprehensive and Progressive Agreement for Trans-Pacific Partnership(CPTPP).

This comes after President Moon Jae-in raised the possibility of membership to the eleven-member trade bloc for the first time earlier this month.

The multilateral trade pact was signed into existence in 2018, after the U.S. withdrew under orders from the Donald Trump administration. The incoming Joe Biden administration may consider joining.

Last month, South Korea signed the China-led Regional Comprehensive Economic Partnership(RCEP), suggesting an attempt to reduce the threat of being sandwiched between the U.S., a major ally, and China, a major trade partner, amid their trade row.

At a virtual conference on Wednesday, Yoo also said Seoul will seek to expand its free trade network with Southeast Asia, Central Asia and South America.

The minister pledged to increase small to medium-sized enterprises' use of the country's free trade agreements to over 70 percent by 2025 through expanding support from the early stages of deal signing to post-implementation.
Share
Print
List