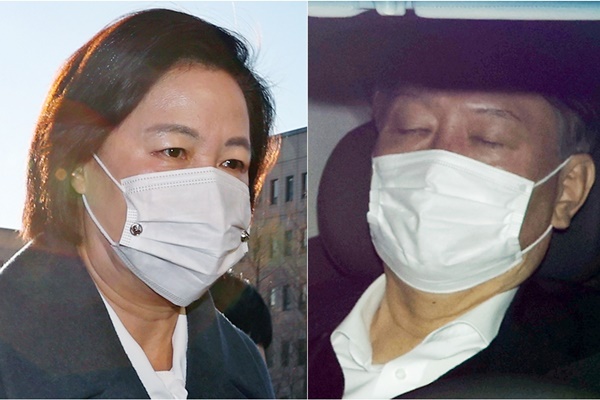 Justice Minister Choo Mi-ae on Wednesday expressed her resolve to complete prosecution reform, saying the organization will exist for the people and realize justice desired by the public.

During a joint briefing on the reform of state power institutions, the minister said the direction toward which the prosecution service will be headed is very clear under a new criminal justice system.

Her emphasis of the prosecution serving the people and not itself was interpreted by some as targeting Prosecutor General Yoon Seok-youl, who received a two-month suspension from duty by a disciplinary panel earlier in the day.

She added that cooperation between the prosecution and police will make a safer society and contribute to a more effective criminal justice system.
Share
Print
List