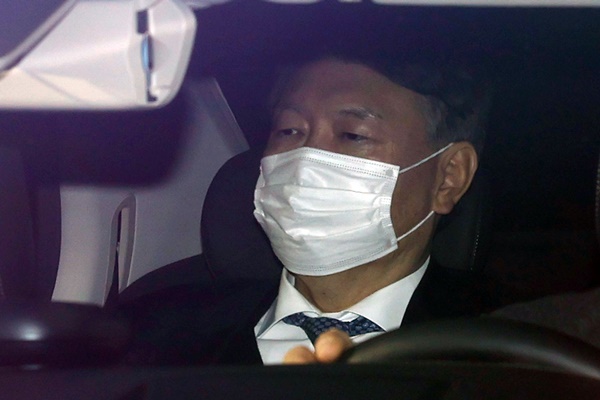 A group of former prosecutors general has criticized the Justice Ministry disciplinary committee for deciding to suspend incumbent top prosecutor Yoon Seok-youl for two months over alleged misconduct and called for the measure to be scrapped.

In a joint statement issued under the names of nine PGs on Wednesday, they expressed concerns that the disciplinary action will pose a threat to democracy and taint the rule of law.

Arguing that the penalty of two-month suspension will effectively end Yoon’s remaining term, they also said it will establish a precedent that will keep future prosecutors general from making decisions that are free from outside pressure.

While pointing to lingering questions over the committee’s disciplinary procedures, they also said incapacitating the top prosecutor as a way of holding him responsible could prevent the nation’s judiciary system from functioning properly.

The group, however, also left a message to members of the prosecution, asking them to reflect on their past experiences that failed to meet public expectations and to make efforts to realize a just and fair criminal justice system.

The nine signatories all served as the top prosecutor from 2002 and later, including Yoon’s predecessor Moon Moo-il, but at least one of them reportedly did not agree on the statement.
Share
Print
List