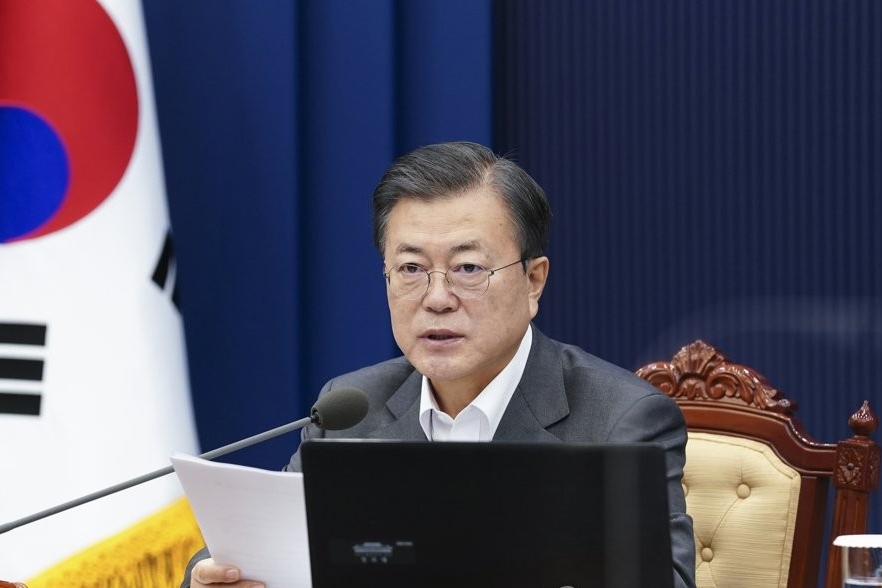 President Moon Jae-in has instructed his officials to strengthen the management of adopted children to prevent possible abuses by adopting parents.

In a written briefing on Monday, Presidential Spokesperson Kang Min-seok relayed Moon’s response to the recent killing of a 16-month-old baby girl allegedly by her adoptive mother in Seoul.

The spokesman said that Moon described the case as a “very regrettable incident that should not have happened” and addressed the need to strengthen the government’s assistance, as well as state management and oversight over the adoption process.

The president also urged the Health and Welfare Ministry to prioritize the interest of adopted children over any other issues under related laws that must be thoroughly obeyed.

The president's remarks came amid growing public outcry regarding the adoptive parents of the child, named Jeong-in, who died in October after suffering massive damage to her internal organs, including the intestines and pancreas.
Share
Print
List