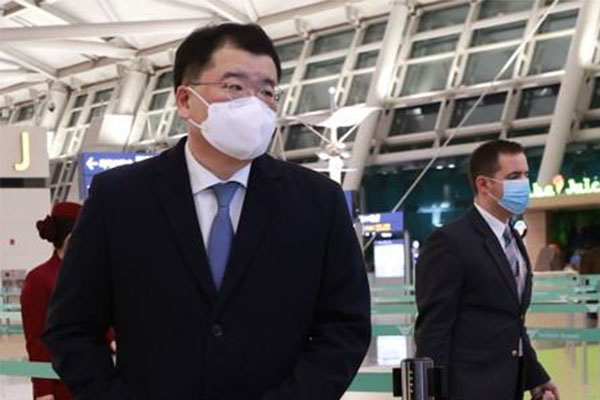 A government delegation that visited Iran to negotiate the swift release of a South Korean oil tanker and its crew seized by Iranian authorities has departed from Tehran empty-handed.

The Foreign Ministry said Wednesday that following the visit, the government plans to continue discussing the release of the tanker and its crew with Iran, while actively providing consular efforts to the South Korean crew until the issue is resolved.

The government delegation led by First Vice Foreign Minister Choi Jong-kun met with top officials of various circles in Iran between last Sunday and Tuesday. Choi protested the seizure and urged Tehran to swiftly set the ship and crew free.

Iran, on its part, reiterated that the seized tanker issue is a technical matter related to marine pollution while promising swift legal proceedings on the matter and guaranteeing humanitarian treatment and consular audience to the crew.
Share
Print
List