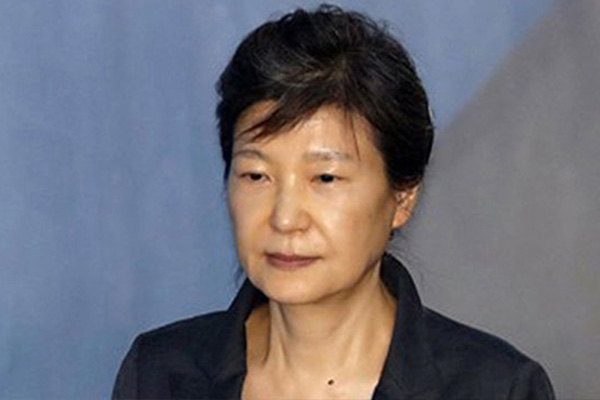 The Supreme Court is set to issue a final ruling in the high-profile corruption case of former President Park Geun-hye.

The South Korean top court is scheduled to hold a sentencing hearing at 11 a.m. Thursday over an appeal filed by prosecutors against a ruling that reduced Park's prison term.

During the retrial in July of last year, Park was sentenced to a combined 20 years in prison and fines of 18 billion won for bribery, abuse of power and a separate case where she was accused of receiving special funds from the National Intelligence Service. She was also ordered to forfeit three-point-five billion won.

The sentence delivered by the Seoul High Court was much shorter than the previous combined 30 years and 20 billion won fine she had received in an appeals trial.

The top court is widely expected to uphold the 20-year prison term handed down last July.

In that case, Park will have to serve 22 years in prison, which includes a two-year jail term for her 2018 conviction of illegal intervention in the nomination process for the then-ruling Saenuri Party.

Park was removed from office in March 2017 due to her involvement in the massive abuse-of-power and bribery scandal.
Share
Print
List