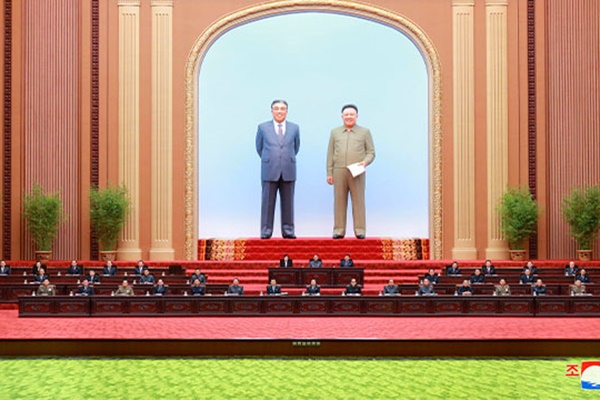 North Korea is set to convene a parliamentary session in Pyongyang on Sunday following a recent congress of the ruling Workers' Party.

The North's official Korean Central News Agency (KCNA) reported on Sunday that Choe Ryong-hae, the president of the Presidium of the Supreme People's Assembly (SPA), and parliamentary representatives offered flowers at the statues of former North Korean leaders at the Mansudae Hill in Pyongyang on Saturday, ahead of the fourth session of the 14th SPA.

The 687 deputies from across the nation have been in Pyongyang to attend the recent eighth party congress, and they are likely to gather again for the parliamentary session.

The SPA, the highest organ of power under the constitution, usually holds a plenary session in April to deal mainly with budget and cabinet reshuffles.

The latest session comes on the heels of the party congress and is expected to deal with steps to follow up on the decisions made during the congress.
Share
Print
List