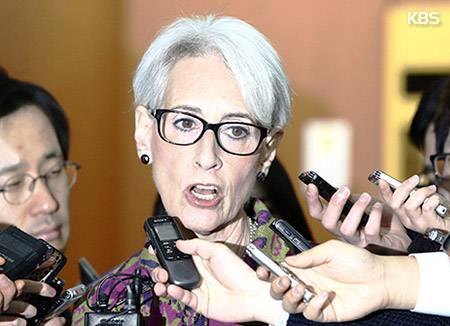 United States President-elect Joe Biden on Saturday nominated longtime diplomat Wendy Sherman as the No. 2 official at the State Department.

Biden announced his picks for key posts in his administration as he is set to take office on Wednesday.

Sherman, who is considered an expert on Korean Peninsula issues, served as a North Korea policy coordinator from 1999 to 2001 during former President Bill Clinton’s administration.

During that period, she was present with Clinton when he met with top North Korean military commander Jo Myong-rok at the White House in 2000.

Sherman accompanied then Secretary of State Madeleine Albright to North Korea for a meeting with North Korean leader Kim Jong-il.

In a forum in August of last year, Sherman stressed the need of cooperation and coordination between the United States and its allies South Korea and Japan to realize the North's denuclearization.
Share
Print
List