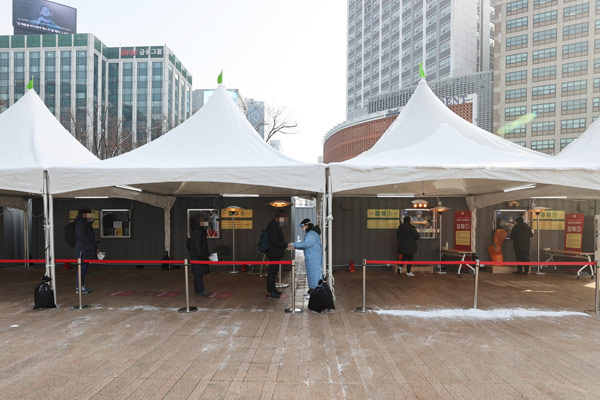 Temporary COVID-19 testing sites in the greater Seoul area identified 124 infections on Saturday, which is about one third of the daily total for the area.

According to health authorities on Sunday, 144 makeshift testing sites in the metro area carried out more than 16-thousand-800 tests the previous day and detected 124 cases.

That accounts for 25-point-eight percent of the country's daily new cases and 35-point-four percent of the daily total for the greater Seoul area on Saturday.

The cumulative number of coronavirus cases detected by these temporary testing centers came to three-thousand-439 since they began operations on December 14, last year.

Encouraged by the effectiveness of the preemptive testing, authorities have decided to extend the operation of 130 of the facilities by four weeks until February 14.

People can get tested regardless of symptoms at these facilities, where tests are conducted anonymously with only mobile telephone numbers noted.
Share
Print
List