Japanese Minister Says 'Anything Can Happen with Olympics' 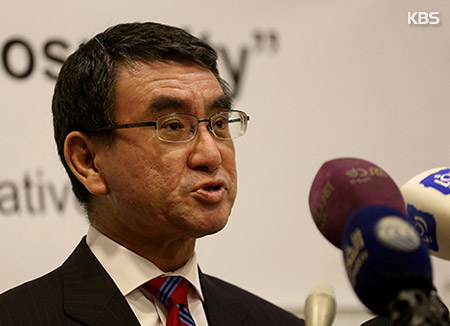 A Japanese Cabinet minister reportedly said that "anything can happen" with the coronavirus-postponed Tokyo Olympic Games, hinting at a possible cancellation of the games.

Taro Kono, minister for administrative and regulatory reform, made the remarks on Thursday during an interview with Reuters.

Kono reportedly said that the nation needs to do their best to prepare for the games, but it could "go either way."

Reuters quoted Kono as saying that the delayed Tokyo Olympics may not go ahead this summer as planned as the pandemic rages and that the host needs to be ready for anything.

Reporting the interview, Japan's Kyodo News said on Saturday that Kono is the first Cabinet minister to mention uncertainty over the games.

Tokyo Olympics, originally set for July of last year, was postponed by one year due to the pandemic.
Share
Print
List