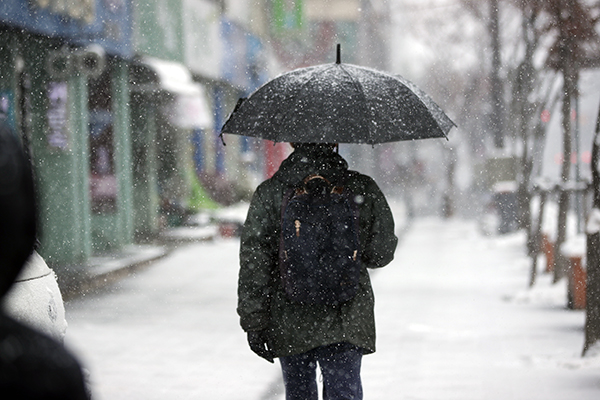 Heavy snow is expected to hit parts of the nation Sunday and Monday, with preliminary advisories issued for the capital region and inland areas of the southern and central regions.

Other parts of Gyeonggi and the Chungcheong Provinces, the greater Seoul area, and the Gyeongsang Provinces are expected to receive up to seven centimeters of snow through Monday afternoon.

Morning lows across the nation are forecast to fall to minus eight degrees Celsius to zero on Monday, up four to eight degrees from Sunday.
Share
Print
List