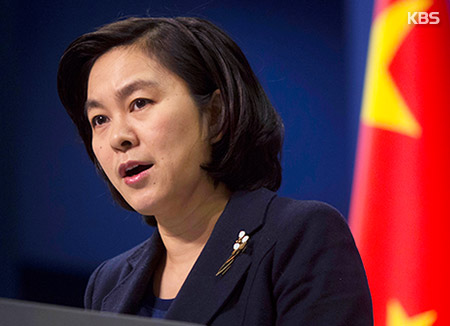 Chinese Foreign Ministry spokesperson Hua Chunying relayed the stance in a media briefing on Monday, saying diplomacy involving top leaders is the most important in high-level exchanges between two countries and plays an irreplaceable role in the development of bilateral ties.

Hua said Beijing paid particular attention to Moon’s active expression of his stance on the issue, assessing its relationship with Seoul has become more robust and active amid the COVID-19 outbreak.

Noting Chinese Foreign Minister Wang Yi’s visit to South Korea in November, when he conveyed Xi’s verbal message that he will visit South Korea "when the conditions are met,” the Chinese spokesperson expressed Beijing’s hope that the two countries further promote mutual trust and friendship.

She also relayed China’s proposal that the strategic cooperative partnership between the two countries continue to be taken to new levels.

Asked on Xi’s delayed plan to visit the country amid the protracted pandemic in a New Year’s press conference at the presidential office earlier in the day, Moon said he will work so that the visit will be made as soon as the virus situation stabilizes and other conditions are met.
Share
Print
List