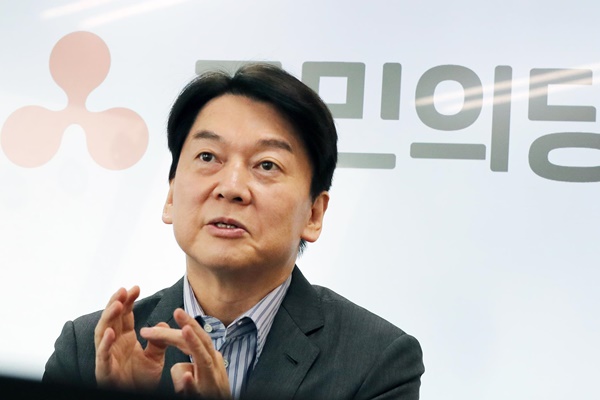 A new poll suggests Ahn Cheol-soo would win a one-on-one race for the Seoul mayor’s office against the anticipated candidate of the ruling Democratic Party.

The survey comes amid uncertainty surrounding whether the main opposition People Power Party(PPP) will agree with Ahn to field a unified opposition candidate. Ten candidates from the conservative party have already announced a run.

Southern Post also asked the public if they’d support Park or former PPP Floor Leader Na Kyung-won in a hypothetical two-way race. According to that poll, Na came away with a slight edge of 38-point-three percent to 36-point-one percent.

In a hypothetical competition between Park and former Seoul Mayor Oh Se-hoon, also from the PPP, Park led with 35 percent over Oh’s 31-point-five percent.

The survey, commissioned by the Weekly Chosun, had a confidence level of 95 percent with a margin of error of three-point-one percentage points.
Share
Print
List