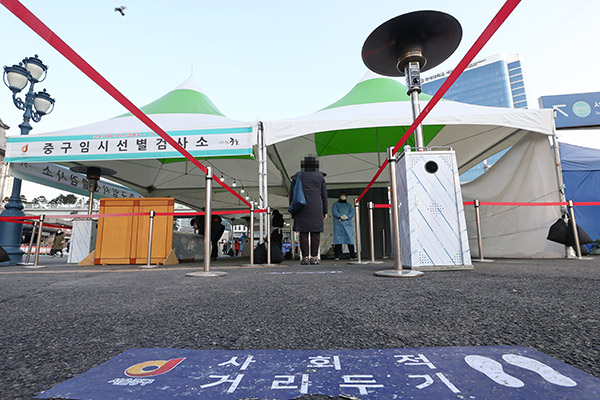 South Korea's daily COVID-19 cases fell back to the 300 range again on Tuesday amid concerns about mass infections at a missionary school in the central city of Daejeon.

The Korea Disease Control and Prevention Agency(KDCA) said on Tuesday that 354 new cases were reported throughout the previous day to raise the country's accumulated caseload to 75-thousand-875.

Of the new cases, 338 were local transmissions, while 16 were imported.

By region, less than 200 domestic cases came from the capital area as Seoul added 101 infections, Gyeonggi Province 79 and Incheon 16.

Eleven more deaths have been reported, bringing the death toll to one-thousand-371. The fatality rate stands at one-point-81 percent.