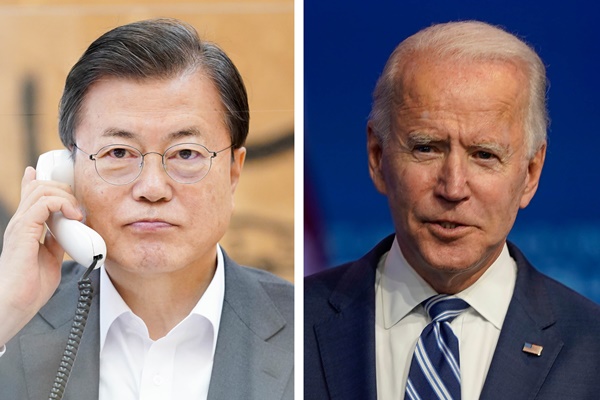 A key official from the top office said on Wednesday that the agreement was reached between National Security Adviser Suh Hoon and his U.S. counterpart Jake Sullivan.

In response to various media speculation over Moon's phone conversation with Chinese President Xi Jinping coming ahead of one with Biden, the official underlined that the nature of the two conversations are different.

While talks with Xi were part of New Year’s greetings arranged before Biden's inauguration last week, the official said the upcoming talks with Biden will be congratulatory in nature.
Share
Print
List