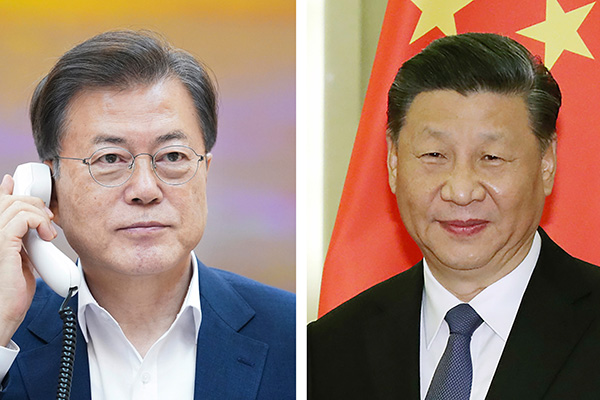 According to the state-run China Central Television(CCTV) on Tuesday, Xi made the remark during a phone conversation with Moon.

Xi noted that the two countries face the opportunity to deepen and develop their relations, marking the 30th anniversary of the establishment of diplomatic ties next year.

South Korea's presidential office had earlier announced that the two leaders wished to declare 2021 and 2022 as years of bilateral cultural exchange.

The Chinese leader called for an early completion of second-phase negotiations on a bilateral free trade agreement, and for the 15-member Regional Comprehensive Economic Partnership(RCEP) trade bloc, signed by both South Korea and China, to take effect.

Xi then vowed to cooperate with Seoul on global issues, and to work towards protecting multilateralism and free trade.
Share
Print
List