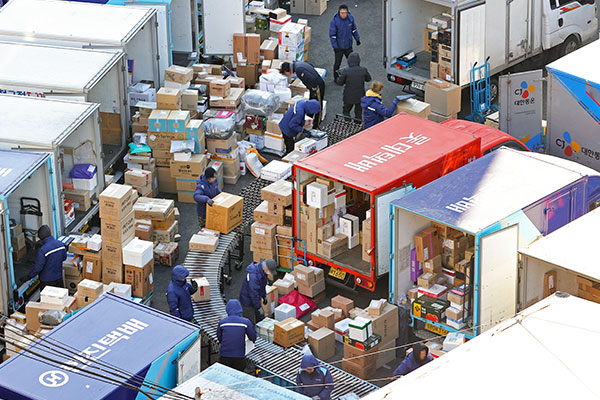 Unionized delivery workers have decided to launch an indefinite general strike from Friday.

This comes just six days after an agreement was reached with logistics firms, which would hold them responsible for sorting parcels, a reason cited for long work hours.

In a Wednesday press conference, a national union of couriers said that 97 percent of its members took part in last week's vote on whether to hold a strike and 91 percent supported the move.

In addition, 28-hundred delivery workers employed by private logistics firms will join the walkout, while over 26-hundred post service union members will refuse to deliver parcels if the sorting is not done for them.

The workers argue that even after the agreement was struck, working conditions have not changed. They call for the signing of a legally binding labor-management agreement as a condition to withdrawing the collective action.

The union said delivery workers are in a desperate situation as deaths due to the workload continue. They claimed that logistics firms unilaterally breached the previous agreement, which was intended to improve working conditions.
Share
Print
List