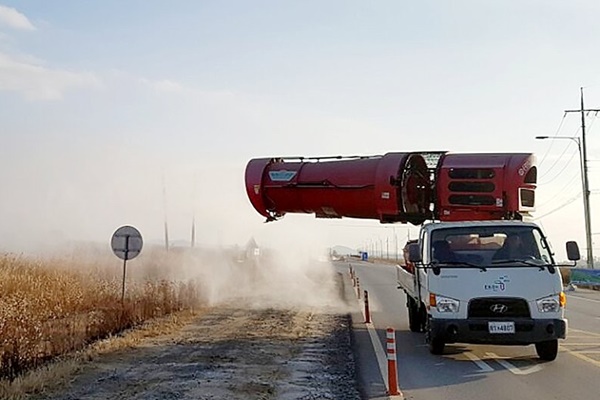 Nearly 10 million birds have been culled in Gyeonggi Province since the latest outbreak of the highly pathogenic avian influenza began some 50 days ago.

According to the province, there have been outbreaks at roughly 20 farms in 10 cities and counties since December 6th, when the first instance of the disease was reported in Yeoju.

With suspected cases being reported at four farms in Pocheon, Paju and Anseong on Tuesday, city and county authorities plan to cull about 210-thousand birds on the respective farms and another 830-thousand birds at 14 farms within a three-meter radius of the outbreaks.

The total amounts to 16-point-five percent of all the chickens, ducks and other poultry raised on farms in Gyeonggi-do.
Share
Print
List