Density Rules to be Eased for Lower Elementary Grades, Kindergartners 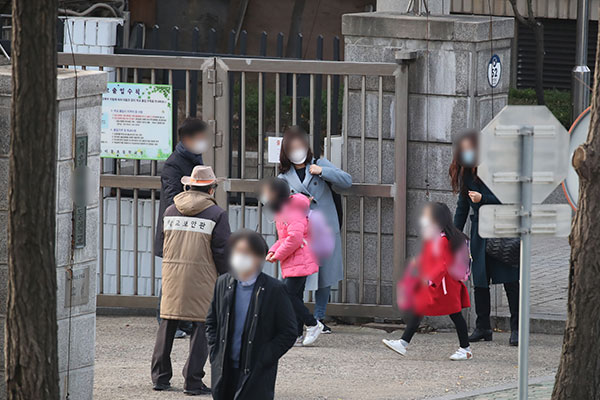 Starting with the new school year in March, first and second graders in elementary school and kindergarteners will be exempt from classroom density rules under up to Level Two, effectively allowing them to attend school everyday.

Such measures were included in the Education Ministry's academic year plan for 2021 announced on Thursday.

A ministry official said the decision was made after taking into account that the onset of the virus is low among children under the age of ten, face-to-face learning is more effective for younger students, and social demand for child care is high.

While the current five-phase density regulations, including from one-third to two-thirds under Level Two and less than a third under Two-point-Five, will remain, more flexibility will be applied to special education and smaller schools.

The upcoming school year will begin in March without a delay, with a decision pending on the proportion of online learning. The annual nationwide College Scholastic Ability Test(CSAT) will be held on November 18, as scheduled.

The ministry will dispatch some 50-thousand quarantine personnel to assist schools in accommodating the increased number of students and some two-thousand part-time teachers to high density classrooms for first to third grade.
Share
Print
List