Rain Forecast Late Sunday in Many Parts of Country 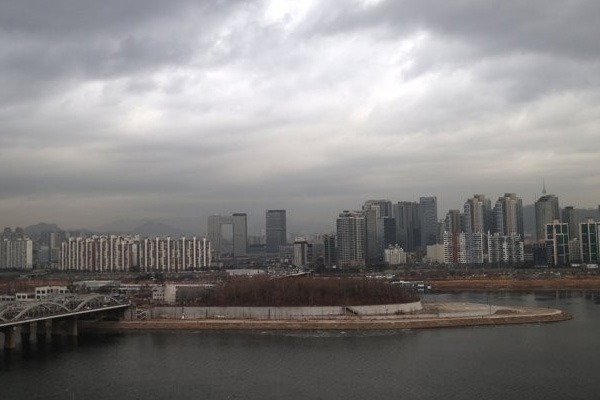 Cloudy skies are forecast nationwide Saturday, but will start to clear up from the central region in the afternoon.

Sunday will also be cloudy across the country. Rain is expected late at night in the capital area, northwestern Gangwon, North Chungcheong and western Jeolla provinces, as well as Jeju Island.

Morning lows on Sunday will be four to five degrees higher than Saturday, ranging from minus ten to plus one degrees Celsius, including minus four in Seoul.

Afternoon highs will also edge up, ranging from seven to 13 degrees, with nine degrees in the capital city.

The stagnant atmosphere will cause poor air quality with "bad" levels of fine dust expected in Sejong and Daegu and southern Gyeonggi and North Chungcheong Provinces on Sunday.

Two- to three-meter high waves are forecast in seas along the east coast, as well as the risk that strong winds could make seas rougher.
Share
Print
List