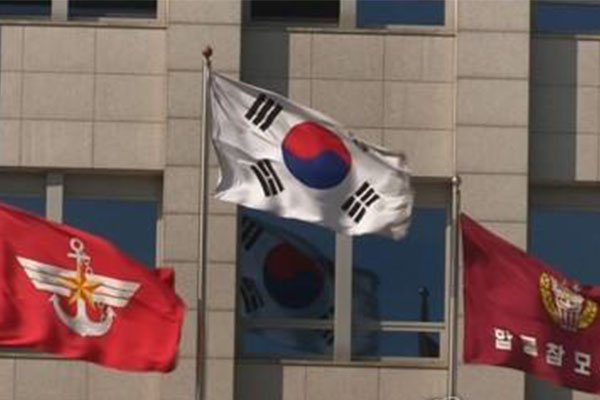 The Moon Jae-in administration avoided directly referring to North Korea as an enemy in a latest defense white paper.

The administration's second defense policy book, published on Tuesday, reiterated its 2018 stance that the military considers forces that threaten or violate South Korea's sovereignty, territory, people and property as an enemy.

Without specifically calling the North Korean regime and its military an enemy, the paper said Pyongyang's weapons of mass destruction(WMD) threaten peace and stability on the Korean Peninsula.

As the military actively and systematically prepares for the conditions-based transfer of wartime operational control(OPCON) from Washington, the book stressed that the military will accelerate the process by fulfilling the conditions early.

Amid frayed Seoul-Tokyo relations over historical and trade issues, the paper referred to Japan as a "neighboring country," rather than a "partner" as mentioned in the past, with which to cooperate on peace and prosperity in Northeast Asia and beyond.

It said Seoul will sternly respond to Tokyo's historical distortions, false claim to the Dokdo islets and unilateral and arbitrary actions on pending issues, while continuing to seek cooperation for peace and stability in the region.
Share
Print
List