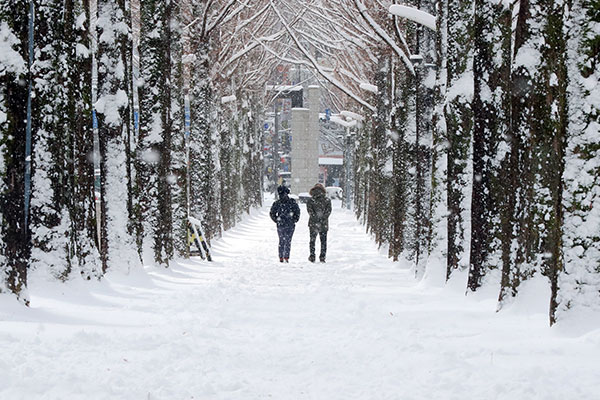 Rain or snow is forecast in the country's five northwestern islands in the West Sea Wednesday afternoon, and snow is expected later at night in the capital area, parts of Gangwon Province and along the western coast of the Chungcheong region.

The agency has warned of a considerable amount of snow in the capital and nearby areas, calling for caution on roads during the evening rush hour.

Five to 15 centimeters of snow are in the forecast for the provinces of Gyeonggi and Gangwon. Three to ten centimeters are expected for Seoul, western Gyeonggi and parts of North Chungcheong and North Gyeongsang's mountainous regions.
Share
Print
List