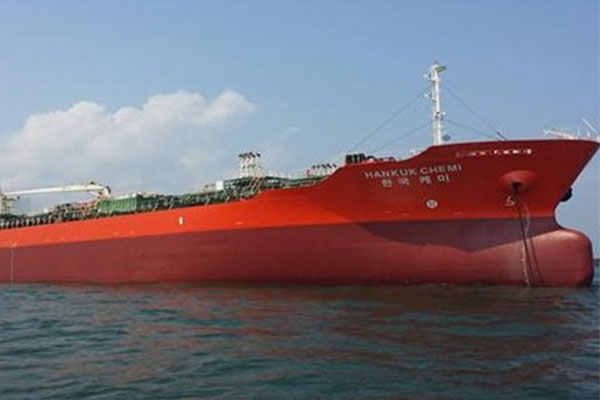 Discussions with the United States to allow South Korea to use frozen Iranian oil funds to pay for Tehran's UN membership fees are nearly complete.

A Foreign Ministry official told reporters on Wednesday, only highly technical matters over the fund transfer remain, with the bulk of the Washington-Seoul talks wrapped.

Seoul believes its proactive diplomacy to resolve the issue of Iran's seven billion dollars locked in South Korean banks over U.S. sanctions had a positive effect on efforts to free most of the crew of the MT Hankuk Chemi.

In a phone conversation on Tuesday evening, Iran's Deputy Foreign Minister for Political Affairs Seyyed Abbas Araghchi had told his South Korean counterpart that Tehran was ready to release 19 of the 20 crew of the South Korean tanker. It was seized by the Revolutionary Guard Corp on January 4 on charges of maritime pollution.

But it remains to be seen when the newly freed crew members would be able to return to their homelands.

According to Tycoon Shipping, the company that manages the seized ship, crew members continue to live inside the vessel despite the announcement of their release.

The ship is anchored in waters about six miles from the Iranian port of Bandar Abbas.

While the 19 crew members may live relatively freer lives on board the ship now that they've been released, Tycoon Shipping says it will be difficult to bring everyone home right away as a ship as big as the MT Hankuk Chemi requires at least 13 people to operate it.

The COVID-19 pandemic and the multinational nature of the crew complicate matters as well. In particular, 11 crew members are from Myanmar, where the airport has been closed due to a recent coup.
Share
Print
List