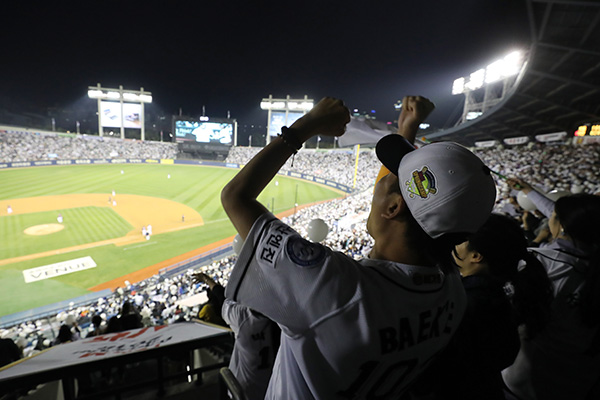 The Korea Baseball Organization(KBO) on Tuesday announced the schedule for this year's exhibition games.

A total of 50 games will be played among the ten clubs between March 20 and 30.

The opening games will begin at 1:00 p.m. on March 20, between the KT Wiz and Doosan Bears at Seoul's Jamsil Baseball Stadium and the Kiwoom Heroes versus Lotte Giants at Busan's Sajik Baseball Stadium.

The Kia Tigers will face the Samsung Lions in Daegu, the SK Wyverns will visit the NC Dinos in Changwon and the LG Twins and Hanwha Eagles will face off for an opening match in Daejeon.

The 2021 regular season will start on April 3, with each of the ten clubs scheduled to play 144 games.
Share
Print
List