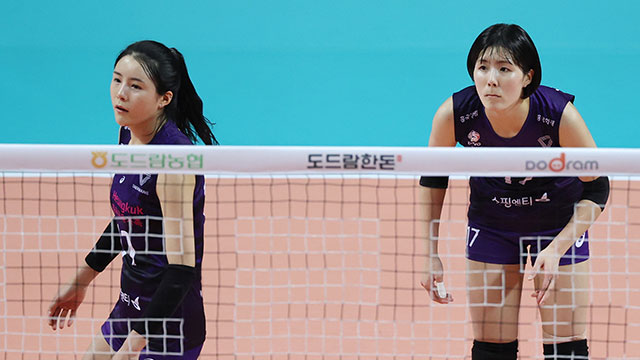 Star professional volleyball players and twin sisters Lee Jae-yeong and Lee Da-yeong, who both play for the Heungkuk Life Pink Spiders, have been indefinitely banned from the national team, amid allegations of school bullying.

According to the Korea Volleyball Association(KVA), the sport's amateur governing body, on Monday, the decision reflects the association’s deep feeling of responsibility for the twins' past actions.

The KVA has reportedly struggled over barring the twins ahead of the Tokyo Summer Olympics, as they played a pivotal role in securing the nation's ticket by winning the Asian qualifying tournament in January 2020.

Under the KVA rules, any athlete or official who causes "social disturbances" with misconduct may not represent the country in international competitions.

The twins' club earlier suspended the sisters indefinitely, despite them apologizing to their former school teammates. The V-League, run by the Korean Volleyball Federation(KOVO), has yet to decide on its disciplinary action.
Share
Print
List

Headline News
Seoul Court Dismisses Suit by Victims of Japan's Wartime Sexual Slavery
Ed. Ministry to Conduct Preemptive Testing in Schools in Seoul from May
Beyond Parallel: N. Korea Spotted Working on Object That Could Be Launch Tube for SLBM