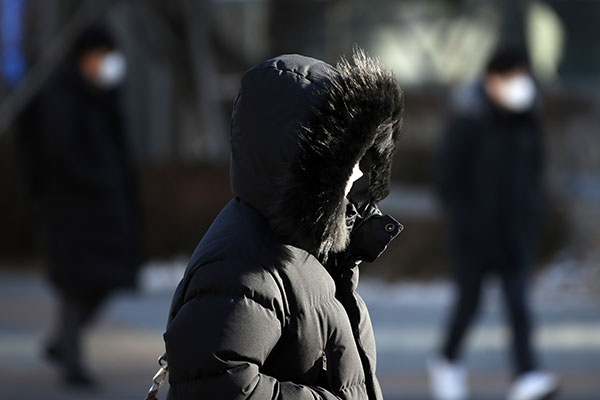 A cold spell is expected to grip the nation on Tuesday.

According to the Korea Meteorological Administration(KMA), morning lows on Tuesday will be 10 degrees Celsius or more colder than Monday. The mercury in northern Gyeonggi Province is to hover at around minus 10 degrees and many other parts of the country at around minus five degrees.

Daytime highs on Tuesday will also remain below zero in some areas, including the greater Seoul area and western Gangwon Province.

Due to the lower pressure system moving southeastward from China’s Bohai Bay, snow will pelt the central region intermittently between morning and afternoon on Tuesday.