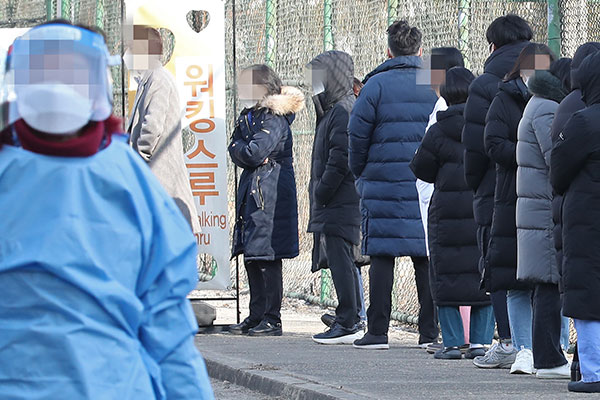 South Korea reported 332 new COVID-19 cases on Monday, falling to the 300s for the first time in a week.

The Korea Disease Control and Prevention Agency(KDCA) said Monday that the new cases brought the country's accumulated caseload to 87-thousand-324.

Daily cases dropped by about 84 from the previous day, falling to the 300 range for the first time since last Monday. The government plans to decide on whether to adjust social distancing rules after monitoring the virus situation this week.

Of the new cases detected throughout Sunday, 313 were local transmissions while 19 were imported.

About 75 percent of the local cases came from the greater metro area, with 102 in Seoul, 116 in Gyeonggi Province and 18 in Incheon. Other parts of the nation added 77 cases.

The number of critically ill patients dropped by nine to 146 while five more deaths have been reported, bringing the death toll to one-thousand-562. The fatality rate stands at one-point-79 percent.
Share
Print
List