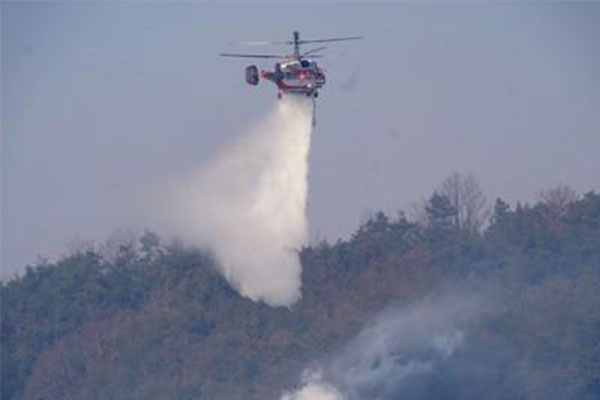 The wildfires that broke out in North Gyeongsang Province on Sunday have been extinguished after ravaging many mountainous areas in the region.

According to the local anti-fire and forestation authorities, the fires affecting the cities of Andong and Yeongju and the county of Yecheon were put out at around 12:20 p.m. on Monday. The fires originally started in a mountain in Mancheon-ri, Andong at around 3:20 p.m. Sunday.

The blazes destroyed 250 hectares of forest in Andong, 50 in Yecheon and five in Yeongju.

Around three-thousand-300 officials and workers were mobilized to contain the fires across the country along with 100 fire trucks and 74 helicopters.
Share
Print
List