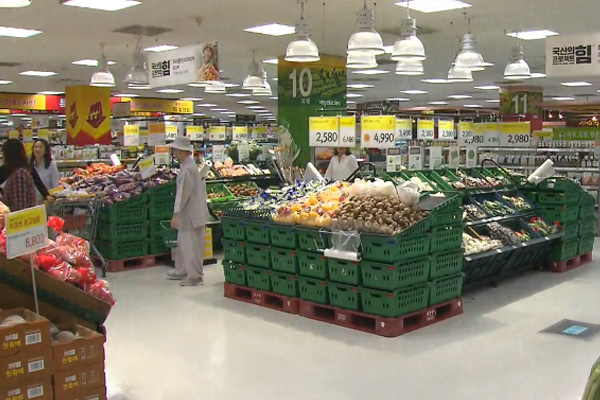 South Korea's consumer sentiment improved for the second consecutive month in February amid signs of a slowdown in COVID-19 infections.

According to the Bank of Korea on Tuesday, the composite consumer sentiment index(CCSI) came in at 97-point-four for February, up two points from the previous month.

The central bank said that consumer sentiment improved as new cases of coronavirus infections slowed down amid hopes of vaccinations.

The expected inflation rate for the year ahead came to two percent, marking the first time it has risen to that level or higher since August 2019.

Meanwhile, a subindex to gauge prospects on housing prices, which is not factored into the consumer sentiment index, fell one point on-month to 129 in February, posting a second monthly decline.
Share
Print
List