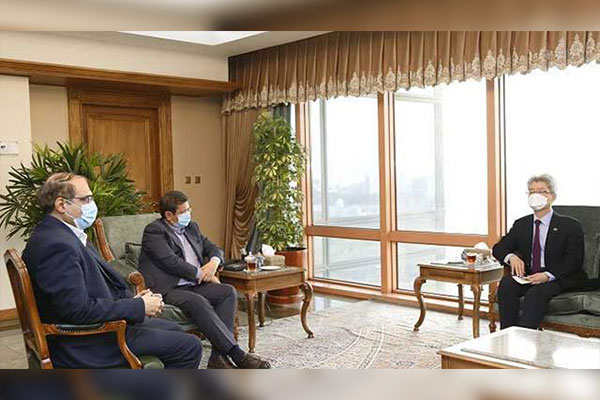 Iran said that it has agreed with the South Korean government on the transfer and use of its assets at South Korean banks frozen under U.S. sanctions.

According to Iran's state-run IRNA news agency, the two sides finalized the deal on Monday at the South Korean Embassy in Tehran in a meeting between the Governor of the Central Bank of Iran(CBI) Abdolnaser Hemmati and South Korean Ambassador to Tehran Ryu Jeong-Hyun.

The Iranian government also announced the agreement on its official website.

Tehran said the two sides agreed to the transfer of the frozen assets as per Iran's request and that the CBI will notify Seoul of how much and where to send the funds.

Hemmati reportedly said that although Iran welcomes the change in Korea's approach and their reinforced collaboration, the CBI will continue its legal procedures to demand compensation from South Korean banks which have refused to cooperate with Iran over the past few years.