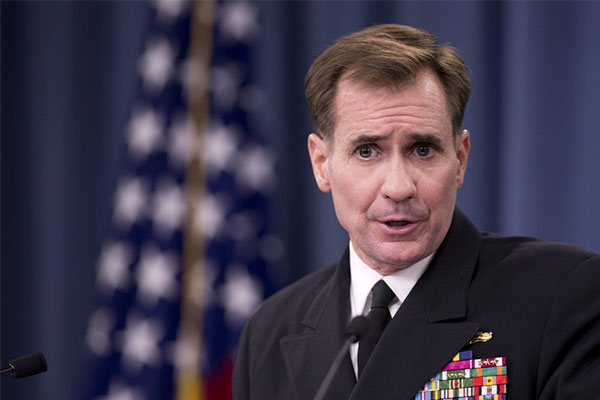 The U.S. Department of Defense says that the United States will continue to work closely with South Korea regarding their combined military drills set for March.

Pentagon spokesperson John Kirby refused to comment when asked at a briefing on Monday about South Korean President Moon Jae-in's recent remarks that Seoul may consult with Pyongyang on joint military drills if necessary, saying he has not had not seen them yet.

He instead said that the U.S.-South Korean alliance is a "linchpin" for the region, adding that Washington takes its commitment to the alliance very seriously.

The spokesperson also referred to previous remarks by the Commander of U.S. Forces Korea Robert Abrams, saying that the U.S. has to maintain a significant level of readiness on the Korean Peninsula.

He continued that Defense Secretary Lloyd Austin is confident that Abrams is doing all the right things to work with South Korea to ensure to maintain readiness at the maximum possible level.
Share
Print
List