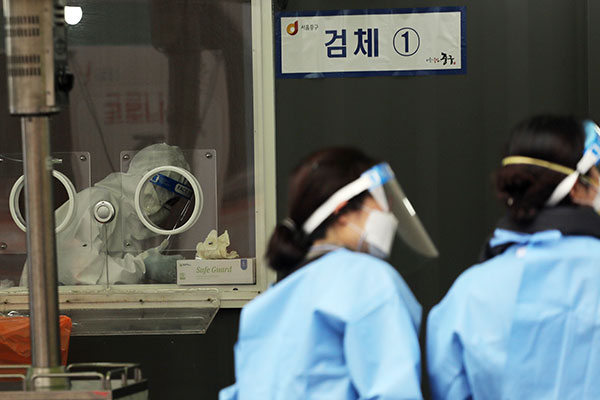 The Korea Disease Control and Prevention Agency(KDCA) said Tuesday that the new cases brought the country's accumulated total to 87-thousand-681.

Of the new cases, 330 were local transmissions while 27 were imported.

More than 75 percent of the local cases came from the greater metro area, with 118 in Seoul, 122 in Gyeonggi Province and 12 in Incheon. Other parts of the nation added 78 cases.

The number of critically ill patients rose by two to 148 while eleven more deaths have been reported, bringing the death toll to one-thousand-573. The fatality rate stands at one-point-79 percent.
Share
Print
List