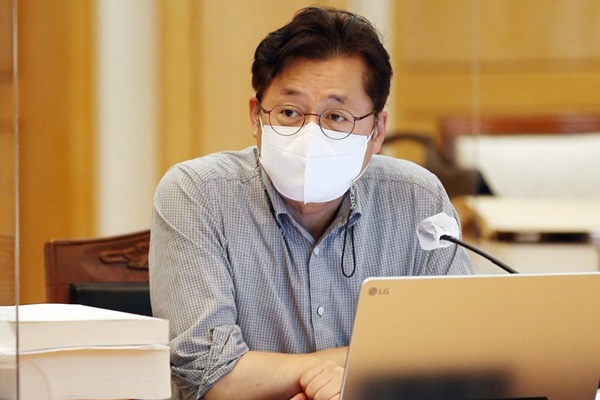 The policy chief of the ruling Democratic Party(DP) projected that the scope of the government's fourth round of COVID-19 relief payouts would total around 20 trillion won.

Appearing on a KBS radio program on Tuesday, Hong Ihk-pyo said the extra budget to finance the program will likely be less as the previously approved budget will also be used.

Hong said the government and ruling party are expected to finalize details of the payouts and budget by Wednesday morning or afternoon at the latest.

The policy chief said an additional number of small businesses that suffered from social distancing will be eligible, adding that raising the standards in terms of annual sales and number of employees are being considered.

The extra budget will also include aid for freelancers and other workers under special temporary contracts, as well as funds for the nation's free COVID-19 vaccine and treatment programs.

Hong, meanwhile, said the two sides have yet to decide on making payouts to all households in the bottom 40-percent income bracket.
Share
Print
List