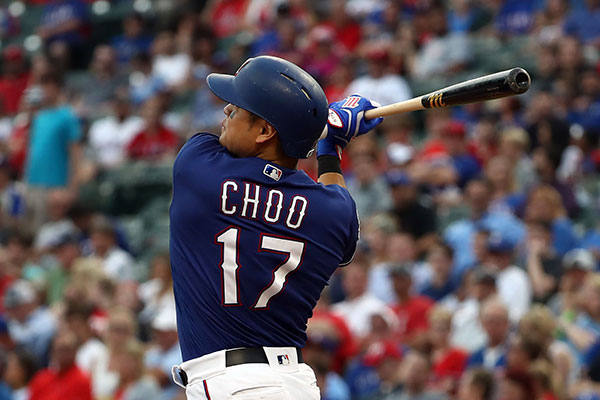 According to Shinsegae on Tuesday, Choo agreed to a two-point-seven-billion-won contract, the largest in KBO history. He offered to donate one billion won to charity.

In a statement, the 38-year-old said he had received offers from a few Major League Baseball(MLB) clubs, but decided that playing in his home country was going to be a new turning point in his career.

Choo spent 16 seasons in the MLB after signing with the Seattle Mariners right out of high school as a pitcher in 2001. He made his big league debut as an outfielder with the same club in 2005, before playing for the Cleveland Indians, Cincinnati Reds and lastly Texas Rangers.

Choo holds the record for the most MLB homers and RBIs by an Asian-born player.
Share
Print
List