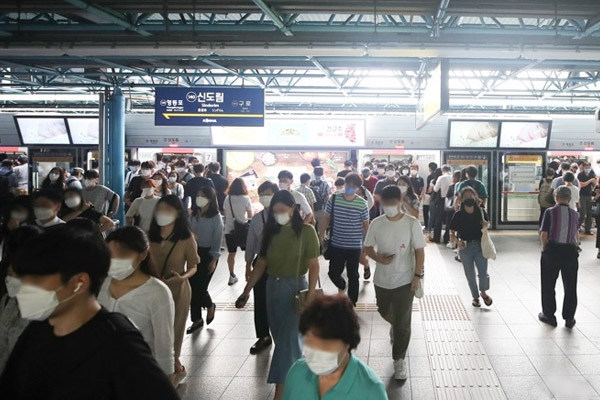 Anchor: A new study shows that South Koreans were less happy last year amid the COVID-19 outbreak. This closely correlated with the loss of economic stability by those hardest hit by the pandemic, showing a steeper decline in the comparative index.
Park Jong-hong has the details.

Report: South Koreans were less happy than before in 2020 due to the unprecedented pandemic.

According to the state-run Korea Institute of Public Administration on Tuesday, a survey of eight-thousand-336 adults in September and October last year rated happiness at six-point-four on a scale of zero to ten, down from six-point-five in 2019.

In particular, the pandemic had a greater impact on happiness among vulnerable groups, including women, seniors and low-income households.

Meanwhile, the respondents had a record high level of confidence in the country and its medical institutions.

Asked if they were proud to be Korean, the average score was three-point-one on a scale of one to four. This is the highest since the survey was first launched in 2013.
Park Jong-hong KBS World Radio News.
Share
Print
List