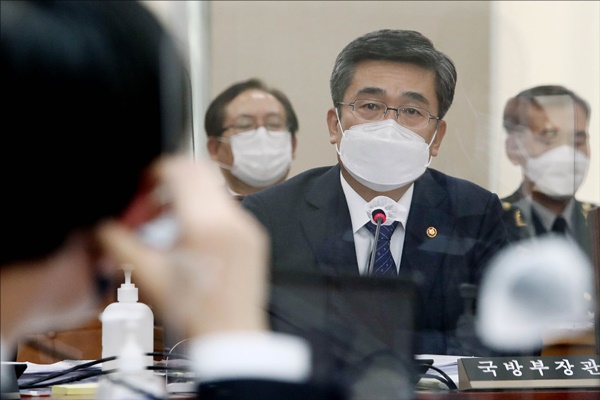 Defense Minister Suh Wook says a North Korean man who crossed into the South along the eastern shore last week told investigators that he was afraid the South Korean military would send him back to the North.

Suh made the remarks during a meeting of the National Defense Committee at the National Assembly on Tuesday, addressing suspicions about the man’s alleged attempt to conceal himself from South Korean military posts, contrary to his claims that he wanted to defect to the South.

Suh noted that the North Korean regime is spreading false propaganda that the South repatriates defectors back to the North, and that the government needs to act on the issue.

Meanwhile, regarding the military's delayed report of the incident, the minister acknowledged that the relevant field officers’ assessment of the situation at the time was “inadequate.”

Earlier in the day, the Joint Chiefs of Staff(JCS) revealed findings of its investigation, noting that the man was taken into custody more than six hours after he landed on South Korean shores last Tuesday.
Share
Print
List