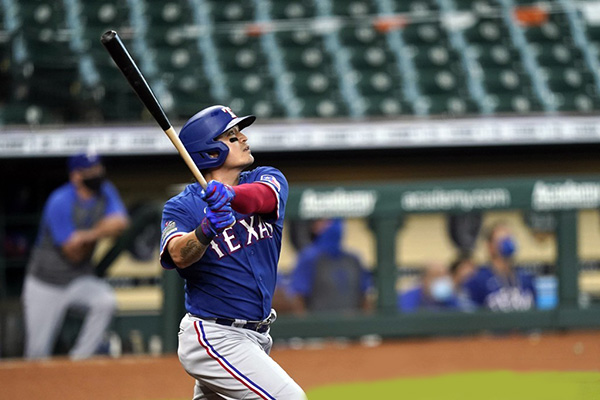 The 38-year-old slugger arrived in Incheon International Airport from the U.S. on Thursday afternoon and immediately entered a two-week self-isolation period in line with the nation's COVID-19 quarantine protocols.

On Tuesday, the former MLB outfielder signed a two-point-seven-billion-won contract with local retail giant Shinsegae Group, which purchased Incheon-based SK Wyverns. He is scheduled to join the club on March 11.

Choo’s pre-game debut on the local league will likely be against Korean Series Defending Champions NC Dinos on March 20.

He is expected to make his official KBO debut in the club’s season opener against the Lotte Giants on April 3 and will likely have a duel with another former Major Leaguer Lee Dae-ho.

Choo spent 16 seasons in the MLB after signing with the Seattle Mariners right out of high school as a pitcher in 2001. He made his big league debut as an outfielder with the same club in 2005, before playing for the Cleveland Indians, Cincinnati Reds and finally the Texas Rangers.

Choo holds the record for the most MLB homers and RBIs by an Asian-born player.
Share
Print
List

Headline News
Seoul Court Dismisses Suit by Victims of Japan's Wartime Sexual Slavery
Ed. Ministry to Conduct Preemptive Testing in Schools in Seoul from May
Beyond Parallel: N. Korea Spotted Working on Object That Could Be Launch Tube for SLBM