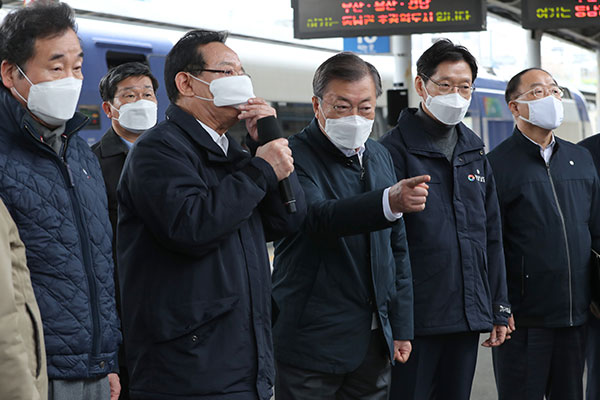 South Korea's rival political parties continued to clash over President Moon Jae-in's visit to a prospective site for a new airport in the port city of Busan, a little over a month before April’s by-elections.

Joo said Moon abandoned his duty to maintain political neutrality and that the party will look into whether the visit violates election laws.

Moon's visit comes at a sensitive time. The mayoral by-elections for Busan and the capital Seoul are scheduled for April 7.

DP floor leader Kim Tae-nyeon, on the other hand, criticized the opposition for bringing the president into the elections and depicting a pending bill on accelerating the project as a political stunt.

The presidential office on Thursday denied that Moon's visit had anything to do with the upcoming by-election, rather that it was scheduled long in advance as part of the administration's policies on revitalizing regional economies.
Share
Print
List