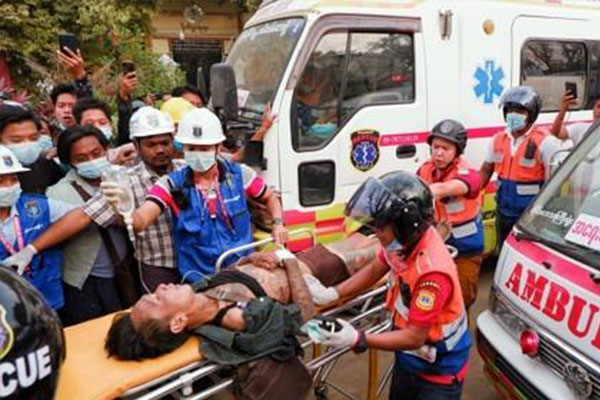 South Korea's National Assembly has passed a resolution denouncing the military coup in Myanmar and urging the restoration of democracy and release of detained officials.

The bill was approved in a plenary session Friday after passing the parliament's foreign affairs committee on Thursday.

The resolution states that the military has again dampened democratic aspirations by using brute force, threatened the public's lives and trampled on the fruits of democracy that were achieved after 50 years of adversity.

It called for the swift release of detained politicians and officials including the country's de facto leader Aung San Suu Kyi. It also included concern over the freedom and safety of South Korean residents in Myanmar.
Share
Print
List