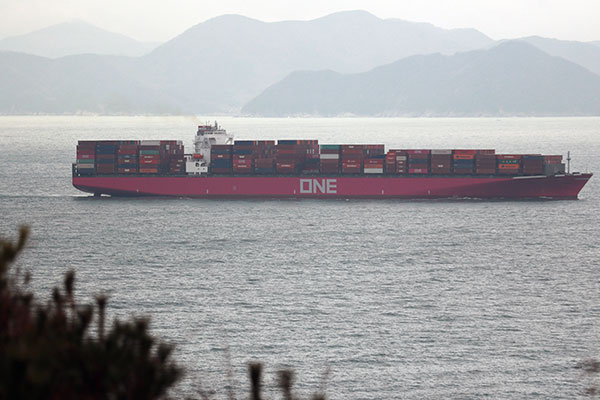 South Korean exports continue their growth streak, expanding by more than nine percent last month year-over-year and logging the best performance for the month of February in nine years.

According to data from the Trade Ministry on Monday, outbound shipments in February totaled 44-point-81 billion dollars, up nine-point-five percent from a year earlier.

The average daily exports totaled two-point-three billion dollars, up 26-point-four percent, and the biggest amount for the month of February on record.

Shipments to the top three markets, China, the United States and the European Union(EU) all expanded for the fourth straight month.