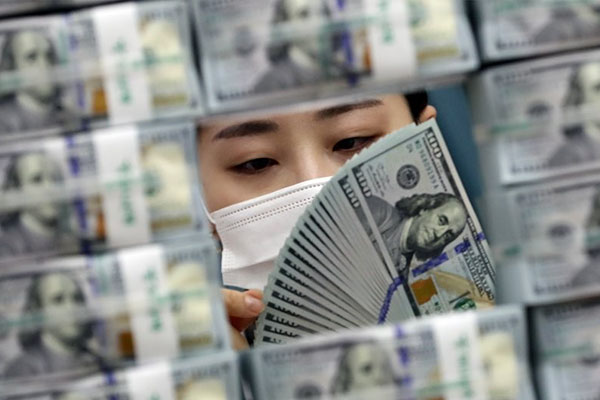 According to the Bank of Korea(BOK) on Thursday, the nation's foreign currency reserves came to 447-point-six billion U.S. dollars as of the end of February, up four-point-83 billion dollars from a month earlier.

The slight rise comes after the country's foreign exchange reserves inched down 370 million dollars on-month in January after growing for nine straight months.

The central bank attributed the rebound to increased returns on its foreign currency assets and an increase in the value of other foreign currencies when converted into the U.S. dollar.

South Korea retained its position as the world's ninth-largest holder of foreign exchange reserves at the end of January, with China topping the list, followed by Japan and Switzerland.
Share
Print
List