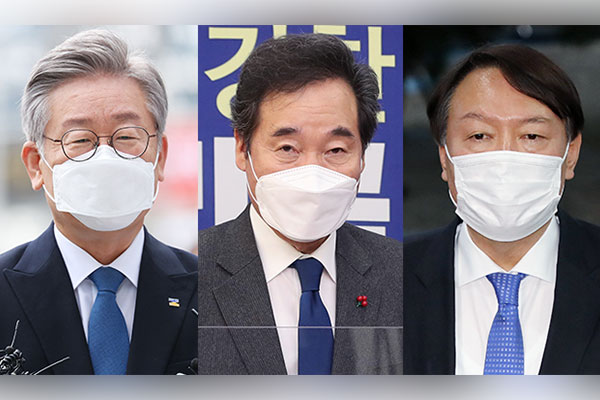 A new public poll shows that Prosecutor General Yoon Seok-youl’s approval rating has rebounded after weeks of decline, although he remains in third place behind two ruling bloc candidates.

Of one-thousand-four eligible voters polled across the nation from Monday through Wednesday, 27 percent selected Gyeonggi Governor Lee Jae-myung as their preferred president hopeful, down one percentage point from last week.

It is the first time Yoon’s support rating has risen in seven weeks, though remains to be seen if the trend will hold up after his resignation on Thursday in protest of the ruling bloc’s bid to further restrict the prosecution.

There are also speculations that Yoon may pursue a political career.

The poll had a confidence level of 95 percent with a margin of error of plus or minus three-point-one percentage points. The joint survey was conducted by four pollsters - Embrain Public, KSTAT Research, Korea Research International and Hankook Research.
Share
Print
List