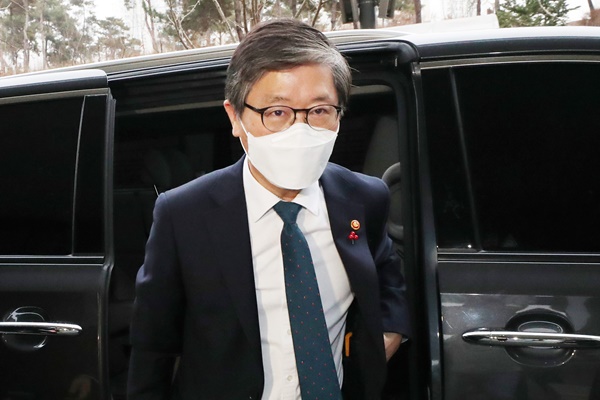 Byeon held an emergency public online briefing on Thursday and said that an initial probe found the allegations to be partly true and that some of these current and former employees of the Korea Land and Housing Corporation(LH) bought land in Gwangmyeong and Siheung, before the government announced a massive "New Town" development project the two cities in Gyeonggi Province.

He then issued a sincere apology to the public, saying he feels responsible for the incident both as the Land Minister and as the former head of LH at the time when the illicit purchases allegedly took place.

The minister said under a joint investigation led by the Prime Minister’s Office, the Land Ministry is inspecting every official at the ministry, all public agencies handling land development and regional governments as to whether they made speculative investments in recently designated "New Town" development sites.

Byeon said not only those officials but also their family members will face investigation and those found to have committed any unlawful deeds will face legal action in accordance with the relevant laws and regulations. He also vowed to stop similar incidents from happening and introduce steps as part of the preventive drive.

The minister mentioned  a possible restriction on officials’ property investment for  purposes other than as residences, and for officials to make compulsory reports on any property transactions, as part of the anti-corruption drive. The government is also reviewing harsher punishment against those who abuse confidential information regarding land purchases.
Share
Print
List